According to the United Nations’ definition, the region of Western Africa consisted of 17 nations with a combined population of over 425 million people. Nigeria (GDP 441.95 bn USD) and Ivory Coast (GDP 69.75 bn USD) are the largest economies in the region.

Massive infrastructure investments are starting to pay off in the region: mobile and internet connections are rapidly becoming accessible by the residents in the region. Internet users amongst the population more than doubled in the last years, and it is estimated that 95% of the combined regional population have access to mobile phones. E-commerce is expected to grow 15% year over year, with a volume of 9 billion USD already today. By 2027, over 200 million people in the region are estimated to shop online.

Payments landscape in the region reveal that cards are not a popular way to pay as the bank account availability remains relatively low, only 35% of the regional population is banked. Instead, the common and preferred method of online payment is through Mobile Payment solutions, wallets and cash on delivery. 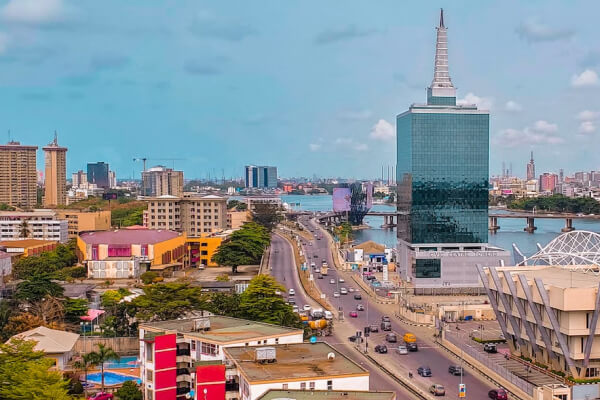 Here are few possibilities in Western Africa that should not be missed:

● Nigeria has an enormous e-commerce market size, with over 6.6 billion USD. It is not unexpected as the country is home to over 211 million people and almost half of them are e-commerce users. Learn more about opportunities for your business in Nigeria.

● Ivory Coast (Côte d’Ivoire), the second largest economy in the region, has an e-commerce volume of over 508 million USD and is expected to grow and reach over 1 billion USD in 2027. The telecommunications network and expanding internet user base in Côte d’Ivoire have prepared the foundation for the growth of e-commerce.